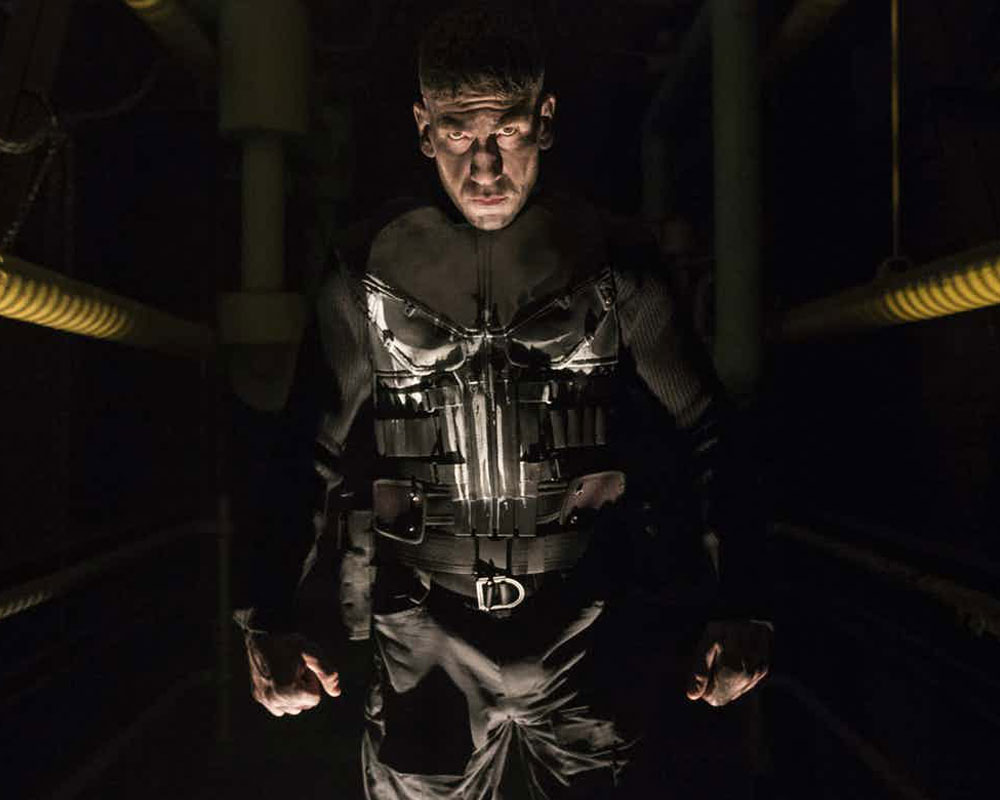 I’mma ask what your interests are, who you be with? Things to make you smile, what numbers to dial…
NETFLIX/DISNEY

@thearmageddon here with yet another review you didn’t ask for:

This one is dark.  Like really dark. But man. It was so good. Like really good.  Like I need to sit with this one for a while and think about all of it.  Because man.  That was pretty good.

I’ll have to think about it for a little bit, but from top to bottom, I think The Punisher is the best of all of the Marvel/Netflix shows.   It hits hard, pulls no punches. It doesn’t shy away from the nature of the subject matter which would be pretty easy to do.  Also, kind of unexpectedly it’s pretty deep. This is a depiction of War, but not war as glorious, but the reality of it. It is something we do, but it leaves a bloody mess. We enter claiming to want to fix things, but in the end, it leaves all sides destroyed in some way.  The Punisher is pretty violent, so be warned if that’s not your thing. I found myself recoiling from some scenes and I’ve pretty much seen everything.  And also it’s kind of funnily (is that a word) typical of the American way with a subtext that says depicting violence is ok, but boobies…NO WAY. LOL  But that’s not really what this is about.

Until this series, the best depiction of the Punisher on any kind of screen was Denzel Washington in Man on Fire. True story. Every actual other Punisher movie was pure trash. This exceeds and excels all of them and is on par with some of the best crime dramas ever, period.

At times I felt like I was watching one of my favorite movies, Heat.  At other times I felt like I was watching Law and Order.  At no time was I ever wondering why this story was unfolding the way it did. I had to watch for it particularly in the middle portion of the series where the Marvel Netflix shows tend to get a little soft and they meander and we get the feeling that they are just biding time until the end.  But not this one.  Every step felt necessary, and there was only one episode where I felt wasn’t quite up to par with the rest, and even then by the time we got to the end of that episode, all was forgiven.

The Punisher in some ways is a lot like Jessica Jones in that it’s about a person who is struggling to fight in the world after they have suffered incredible psychological damage.  Clearly they each have different ways to go about that, but those journeys so far have been the most satisfying in terms of tension from beginning to end.

You might be turned off by some of it because again, it can be pretty bloody at times, but being uncomfortable here is a good thing. And honestly it’s nothing less than what is depicted on The Walking Dead.

I won’t go into more because I like to keep it a spoiler-free zone.  But I loved this, even though I’m incredibly disturbed by it.  I guess I like being punished. I can’t wait to talk about it more with those who have finished it.  And if you didn’t like it, I can’t wait to tell you that you’re wrong.

I give The Punisher 5 silver Punisher knives from the Dolph Lundgren Punisher movie out of 5.