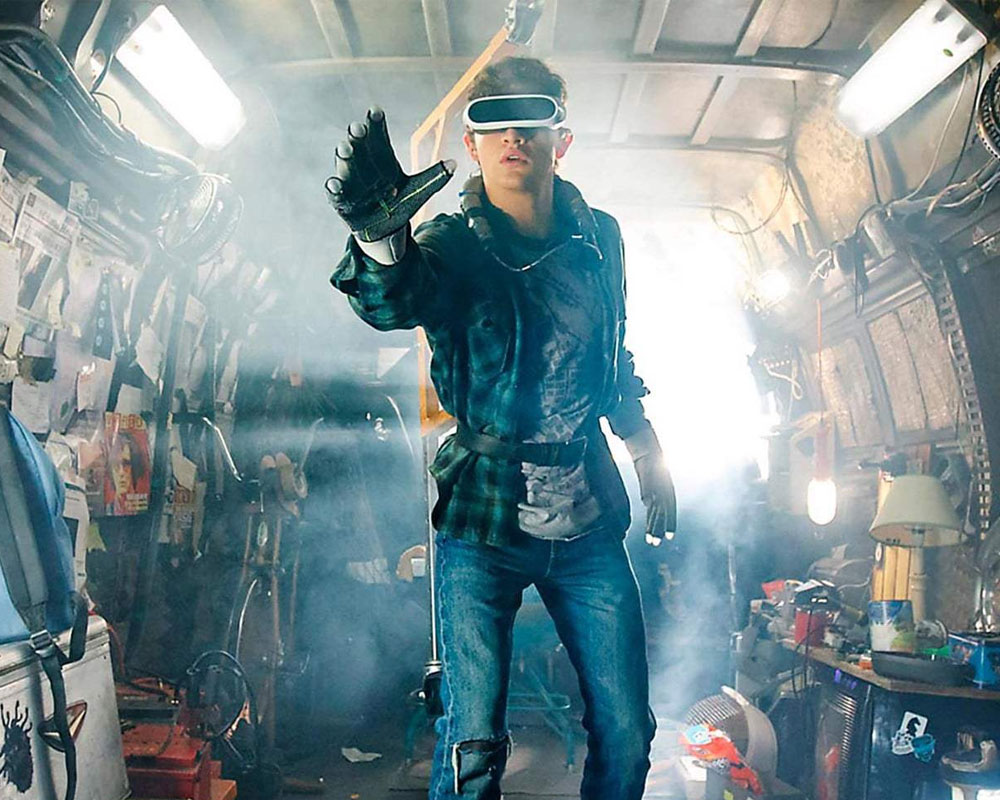 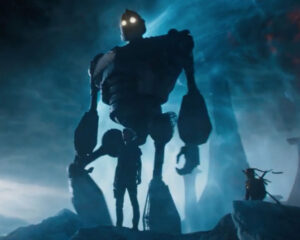 I mean, I loved the Iron Giant too. But…

Geek Trigger Warning: This review has opinions, so you might need to find your safe space if you need one, and your Groot plushy toy and Harry Potter blankie, because I’m fixing to tell you a thing or two about yourself…possibly.  Probably.

I have a lot of intersecting, seemingly conflicting thoughts on this one, but ultimately I won’t waste your time diving into it,  so I’ll just get to the point.

This movie ain’t that bad.

The thing about Ready Player One the film is that it only exists because of the rabid, zealotenous (making up words is fun) devotion people have to the book.  And my suspicion is that people love the book not so much for its story as much as they love it because it props itself up on pop culture and geek references.  And most geeks just LOVE that. Go ahead, try to deny it.

I however do not.

Disclaimer here also is that I have not read the book. I also purposefully do not watch trailers if I can help it and kept myself in the dark about the content of the story and images of a film, so I went in mostly without many expectations other than I knew it would have a lot of bits from pop culture over the decades, mostly because people I knew discussed which characters or things would or wouldn’t be in it due to licensing.  Anyway *yawn*

I’m the odd geek duck I guess, in addition to just being an odd duck in general, because I absolutely do not like stories that rely on geek culture references to be noteworthy or funny.  I first realized this when all of my geek friends raved about a show called Spaced starring Simon Pegg (who ironically or maybe on purposelly stars in this movie as well.) Edgar Wright, THE seminal geek director, directed the show as well and then went on to direct other gushing geek favs that I don’t particularly like because of said referencing as the noteworthy feature, not the story itself. (This isn’t always the case as I do love some of his films, in particular, Shaun of the Dead and Baby Driver which I think he manages to elevate beyond that reference tick he has.)

When I sat down to watch Spaced, I realized I didn’t find it very funny. But what I did notice was that the characters were playing Playstation or spoke a line from Star Wars. They were doing and saying seminal geek things, and my geek nation compadres really responded to that.  But I always felt and still do, that they aren’t responding to it because it is actually funny, or noteworthy or dramatic.  It is because they feel validated about this thing they love that for quite some time was not taken seriously and now is.  So….gush.

Fast forward to Big Bang Theory (UGH), and Community (yawn) and you can see where I’m coming from, whether you agree with me or not.  I do appreciate it on something like 30 Rock or  Kimmy Schmidt because the comedy comes first (and also I love Tina Fey apperantly) and it’s not the main source of the piece. And when they do pop up it is unexpected and hence more funny.  There are even some works such as Runaways (the comic, not the Hulu series) that relies on a good amount of pop culture references BUT the story is so compelling I overlooked that part, even as every time a “Luke I am Your Father” line was uttered it took me out of the moment.  You may get infinite mileage out of that, but I personally need more than proof positive that the creators of said thing have watched and loved the same things I do to get my thrill.  I get that, but I came there to jump into a world whatever the genre and at least ostensibly a new story and possibly feel entertained.  And my version of entertainment isn’t necessarily that.  So, coming into Ready Player One, I was kind of expecting pop culture references first and short on story, but oh look there’s Indiana Jones, and he or she quoted Lord of the Rings, SO THIS IS NOW AMAZING.

I can and have watched these end credits on repeat hundreds of times.

And yes, this movie does have some of that.  But surprisingly at least in the third act, it actually tries to be more.

Having read some reviews of people that have read the book, it feels like Spielberg’s approach was more suited to someone like me, as he put a lot of the pop culture and geek stuff to the background as Easter Eggs than it was “let’s stop and discuss the significance of Cowboy BeBop,” (which I love to death btw.) That was balanced by the moment where they did stop to discuss the significance of Buckaroo Banzai, which again, I love, but here, I didn’t need the story to stop for it. Being in a visual medium affords it some of that.  I did however also find it a bit distracting as it still made me come out of the narrative as my eyes scanned the screen for glimpses of characters and things I knew.  Oh wait…oh SNAP…was that just Spawn?

I have to admit, I did get a smile on my face quite a few times.

Hey I just now noticed Lara Croft in the background. This officially makes this the best depiction of her character on film this year. *ouch*

Anyway, I do think that the shade thrown the movie is mostly coming from fans of the book who also feel slighted that it wasn’t faithful to it.  But come on. When has that ever happened ever? Like ever? Like ever ever?  And yet each time we set ourselves up with this expectation that it will.  They are different mediums and can’t always protray things in the same way, because there are different expectations and how the consumer is interacting with it. So different choices sometimes have to be made.  Sometimes.  I get it though. I’ve been there.  Like WHY did they not include this one part because it was so good?!?!  I don’t have an answer for that other than the filmmaker is dumb.  Ok, you win that particular battle.  But sometimes two very different version end up working out beautifully.  See Jurassic Park the movie and the book for further details.

So, coupled with book nerds already being a little uppity, and on top of that you have geeks who are super hardcore about depictions of the things they cherish and love, you get a legion of people who are upset with the movie because it is not the book.  And it probably isn’t.  But two things can be true.  And in this case I can pretty confidently say that this movie is ok. It’s not perfect but it is far from awful. And honestly I think we are a bit jaded (i think) Or entitled? Because as I watched this, I kept thinking how much my 10 year-old self’s mind would have been completely blown to smithereens. It’s impressive just on scale alone, with so much wild and crazy action that actually makes more sense here than in Fast & The Furious that I do think maybe just tone down the expectations a little bit and don’t be so demanding.  Because yeah, it ain’t all bad.

But like I said, this film is far from perfect. There is a sense of it feeling like a Cliffsnotes version of the actual story. It rushes to things and conclusions and there’s an awful lot of exposition to the point where I began to think Spielberg was kind of phoning it in.  I won’t argue that. But, also lets be real. His phoning it in is better than a fully committed Uwe Boll.  So it’s still a win in my book.

One thing I do know. The remake in 20 years helmed by actual fans of the book will be amazing!  And also bomb.

I should not have liked it as much as I did, but I guess in my old age I’m finding more joy in these sort of things because they are intended to be fun and that’s what I’m committed to as well.  I’m pretty sure that when I finally do sit down to read the book I’ll get why so many people were upset.  But then, here is my other little trick and lesson for you all.  When you hear a book is going to be turned into a movie, don’t run out and read it first.  You’re just setting yourself up for failure. Watch the movie THEN read the book. That way you might possibly end up loving both.

And we can all agree that what the world needs now is much more love.

I give Ready Player One, 3.25 Buck Rogers and the 25th Century Thunderfighters out of 5.