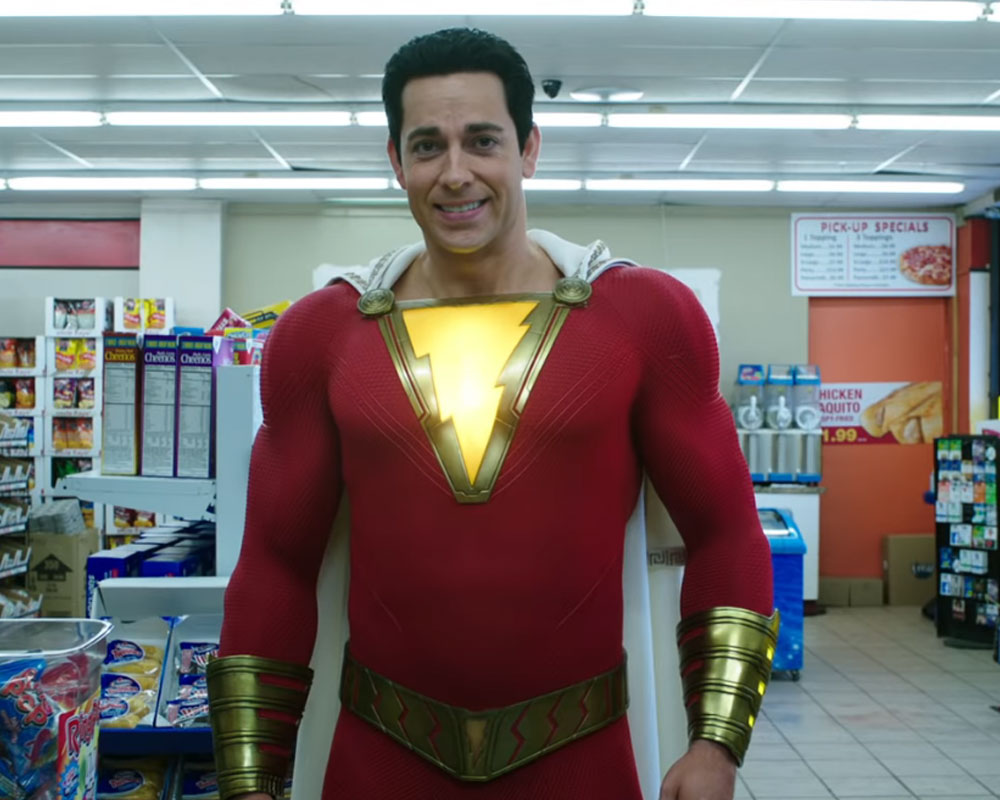 I have to be honest. I almost had to recuse myself from reviewing this one. Captain Marvel (Shazam!) is one of my favorite superheroes and has been for almost as long as I can remember.

When I got my first new car my license plate had Shazam in it. I would dream of pitching my story ideas for a Shazam Comic to DC Comics. I’d draw and plot out epic serious story arcs and hope one day I’d get to write them. I’ve got multiple versions of Captain Marvel figures, a graphic novel, a Shazam shirt my ex used to wear when she’d stay over (actually I think I burned that now), replica #1 issues, an autographed picture of the first 70’s Captain Marvel, Jackson Bostwick, and I was pretty convinced that I had fulfilled my life’s purpose and there was nothing left for me to do on this planet when I randomly met Michael Gray, the 70’s TV Billy Batson in a parking garage outside of Pasadena Comic Con last January. (No I did not stalk him. Honest. It was totally kismet.)

So you get it. I am coming in with waayyyyy too many expectations, knowledge, and baggage to give this movie the fair shot it deserves. So I was ready to just let this review stay in my head. And, in fact I WAS pretty grumpy. This was the movie I was dreading to see ever since the end of Thor Ragnorak when I leaned over to my friend and said, OMG DC is going to see this and greenlight a Shazam! movie now.

And LOL they totally did.

And to be honest, the funniest thing for me in the first half of the movie was watching the parents in the audience squirm and shield their childrens’ eyes as decapitations took place on screen. Family fun for everyone. 🙂

Yep. I was prepared to hate it. And I was grumpy. And well…for most of the movie…until…

That third Act got me. Right in the feels. It was SO CHEESY. But it was just the kind of cheesy that I love. And for this old school lifelong Captain Marvel fan, getting to finally see a version one of my most beloved things about Captain Marvel live and on screen for the first time ever… well…it made this cranky old man smile. And it made the entire ride worth it. I’m pretty sure that’s the part people will remember, and that’s why the movie is tracking so well. And I have no complaints with that at all. It gave me goosebumps.

I still think most of the movie was a bit crinky and a bit too easy, coincidental and often painful, and a lot of the jokes didn’t land for me. One thing of a personal note that pretty much only I cared about is that I have a BIG issue, and I don’t blame the movie so much as I do the comics since the reboot in ’87 or so, with how Captain Marvel is depicted as literally a boy’s mind in a man’s body (when he hadn’t been that for the first 50 years of his existence, and *SUPER NERD COMIC BOOK GUY ALERT* makes no sense if he has the wisdom of Solomon.)

BUT I’ll give Shazam! its due. If you’re going in without any knowledge or expectations, this will probably be the movie for you.

I was averse to it at first but it knows fully that it’s Big meets Superman. And that’s ok because it embraces it has tons of fun along the way.

So there you have it. I’m officially standing down.

Non-grumpy me gives SHAZAM! 3.5 stripper dollars out of 5.